Veteran performer Elton John has apologised to fans after cutting a gig short in New Zealand, after being diagnosed with walking pneumonia.

Sir Elton was performing at the Mount Smart Stadium in Auckland on Sunday evening as part of his global farewell tour when he lost his voice and began crying on stage.

Footage online shows the 72-year-old being escorted from the stage while thousands of fans in the stadium give him a standing ovation. 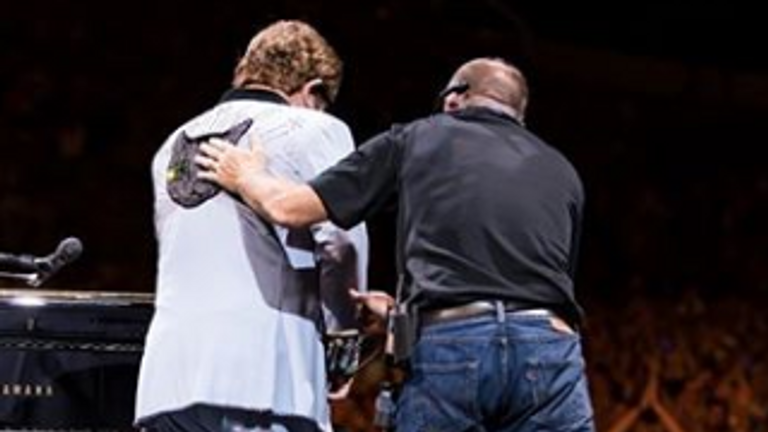 Posting on Instagram shortly after leaving the stage, Sir Elton wrote: “I want to thank everyone who attended tonight’s gig in Auckland.

“I was diagnosed with walking pneumonia earlier today, but I was determined to give you the best show humanly possible.

“I played and sang my heart out, until my voice could sing no more.

“I m disappointed, deeply upset and sorry. I gave it all I had.

“Thank you so much for your extraordinary support and all the love you showed me during tonight’s performance. I am eternally grateful. Love, Elton xx.”

The message was posted alongside an image of him being helped off the stage by a member of the crew. 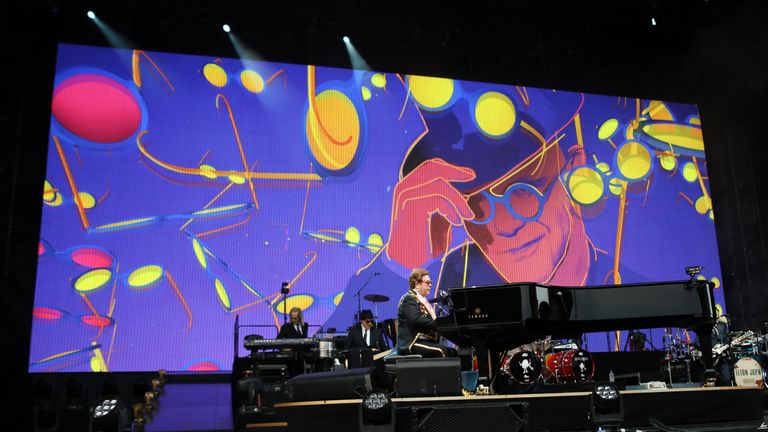 He was seen by a medic for a few minutes early in his set, and continued to play until he was forced to stop completely.

Sir Elton has apparently told concert-goers that his voice had “completely gone” early in the show, and apologised to the crowd, according to reports on social media.

He is scheduled to perform two more shows in the New Zealand city later this week, and tickets are still on sale for those shows.

Walking pneumonia is a medical term that describes a mild case of the illness, according to the American Lung Association.

It is caused by bacteria and viruses and its symptoms include fever, a cough and chest pain – similar to a cold, but sufferers are often able to continue every day activities.