MEGHAN is eyeing up an incredible £21 million waterfront dream home for her move to Canada with Harry and baby Archie, The Sun can reveal.

The stunning 6,900-square foot “Megha-mansion” is in the most prestigious areas of West Vancouver offering breathtaking views across the ocean to the city skyline. 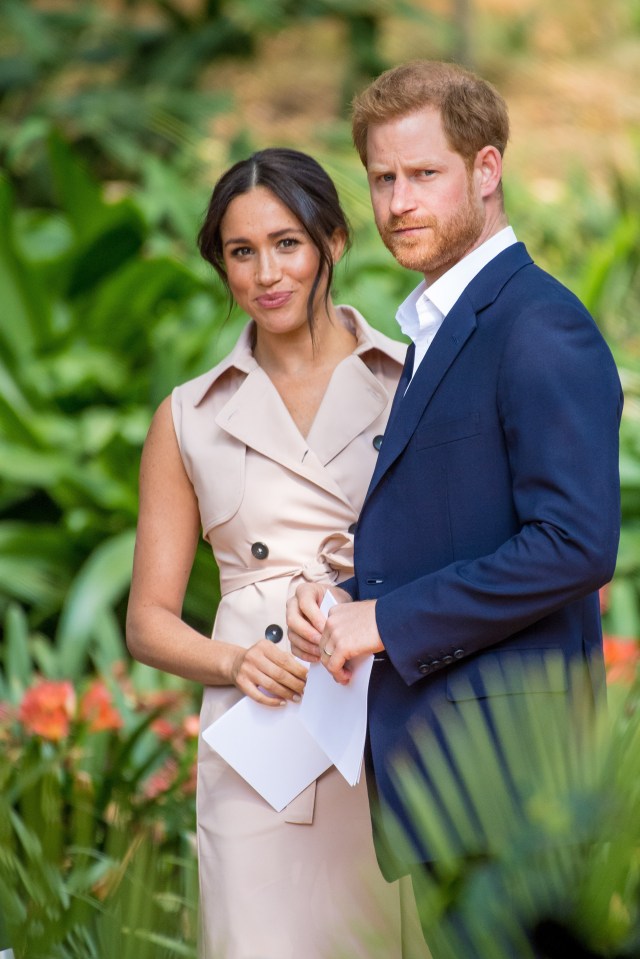 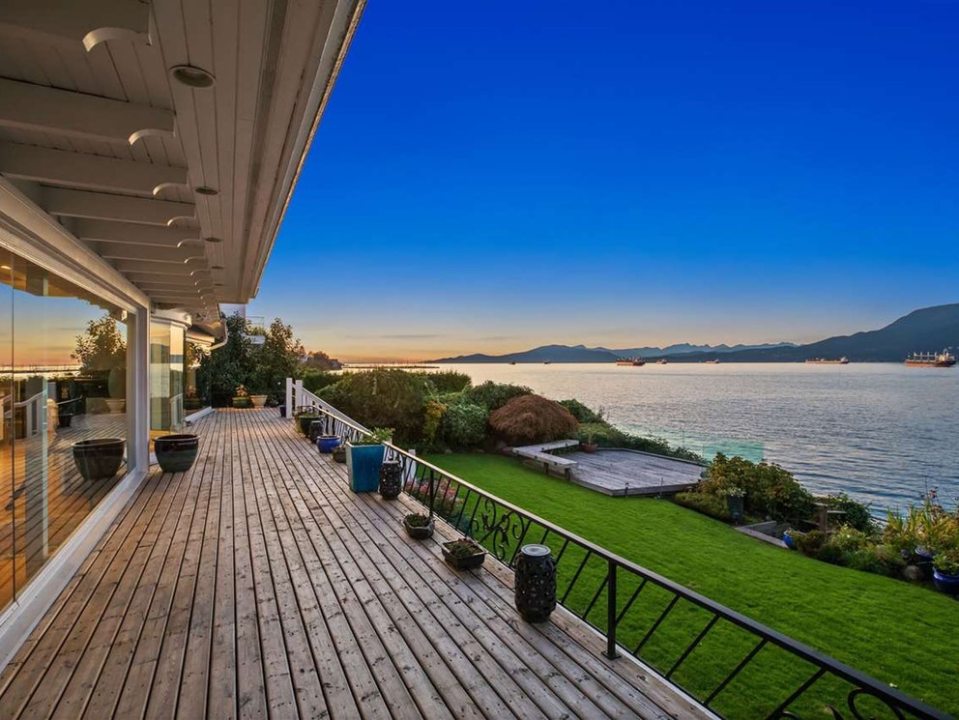 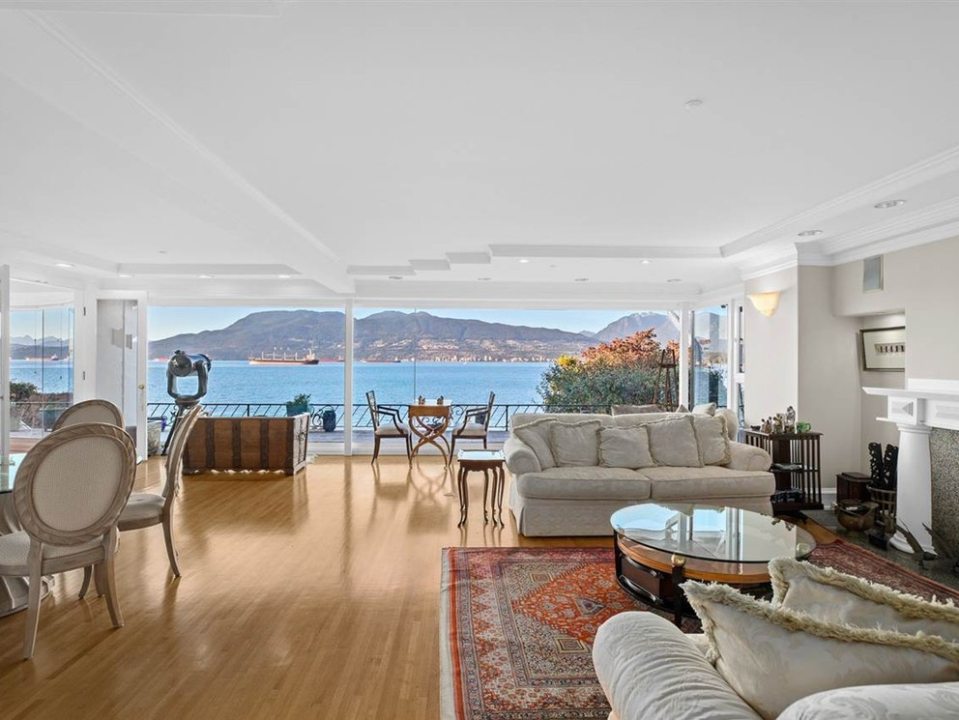 It has six bedrooms and five bathrooms across four floors with full length panoramic windows making the most of its elevated beachside position.

And privacy – vital to the breakaway royals – is guaranteed by gates, manicured screen hedges and a 20-foot beachside walls at the rear.

An estate agent source in Canada said: “Meghan has expressed an interest in this beautiful house. It would be perfect for her, Harry and little Archie.

“The neighbourhood is known a haven for wealthy people and has a very laid-back atmosphere. I’m sure they would be very happy there, and they would be welcomed with open arms.”

A Vancouver-based property source said: “The house is a real gem in Kitsilano – one of the most desirable neighbourhoods in Vancouver.

“The area is particularly sought after by super-rich and image conscious young achievers.

“It’s close to Kitsilano beach, which is a very cool spot that does stuff like beach yoga in the summer.

“But best of all for Harry and Meghan, it’s quiet and locals respect each other and value their privacy.

The huge 108-year-old residence is at the heart of a prized billionaire’s row dubbed “Golden Miles”.

Its estate agency description boasts “luxurious living on four expansive levels” and “a sensational indoor outdoor lifestyle like no other with incredible walk-out view-side terraces.”

A private guest suite has been created on the upper level offering more floor-to-ceiling window views across the bay towards Vancouver’s downtown. 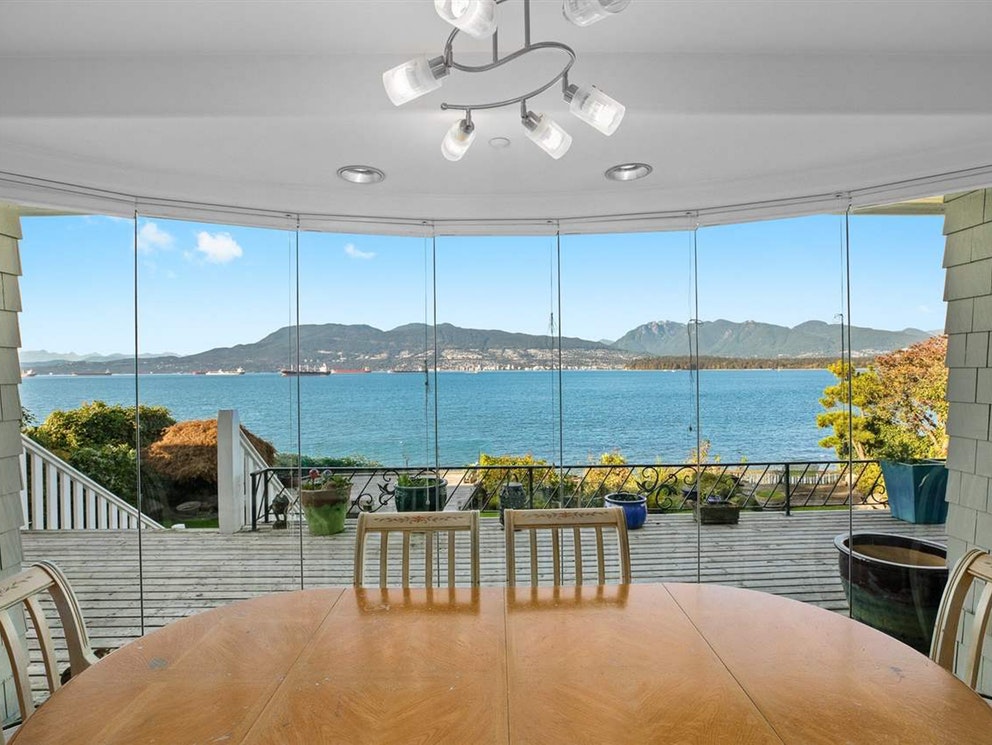 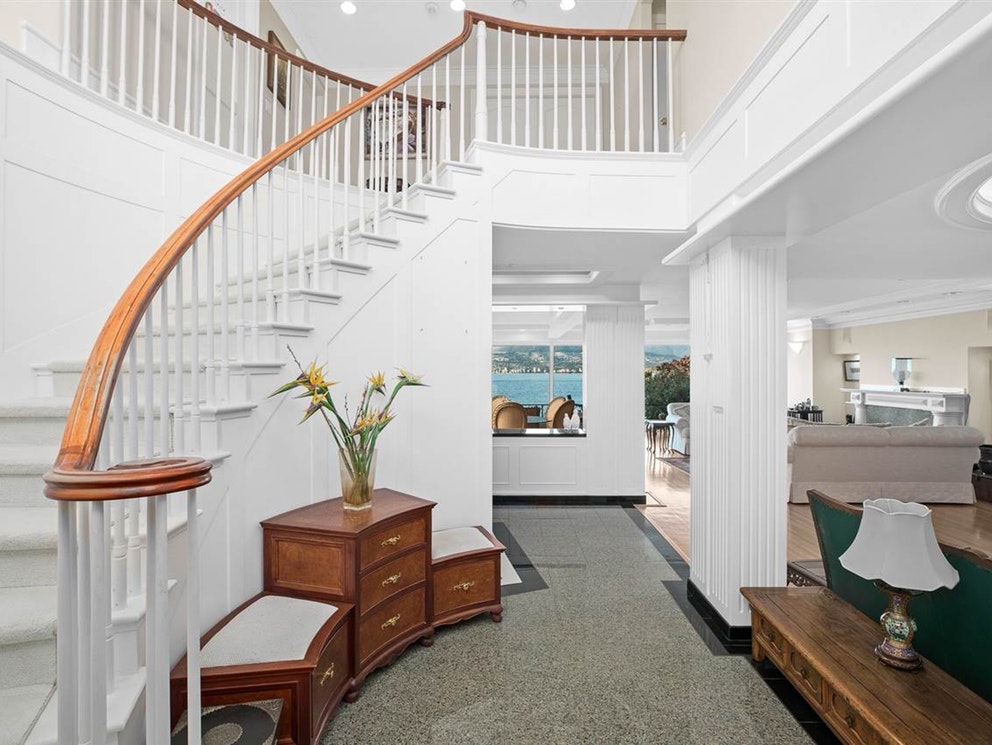 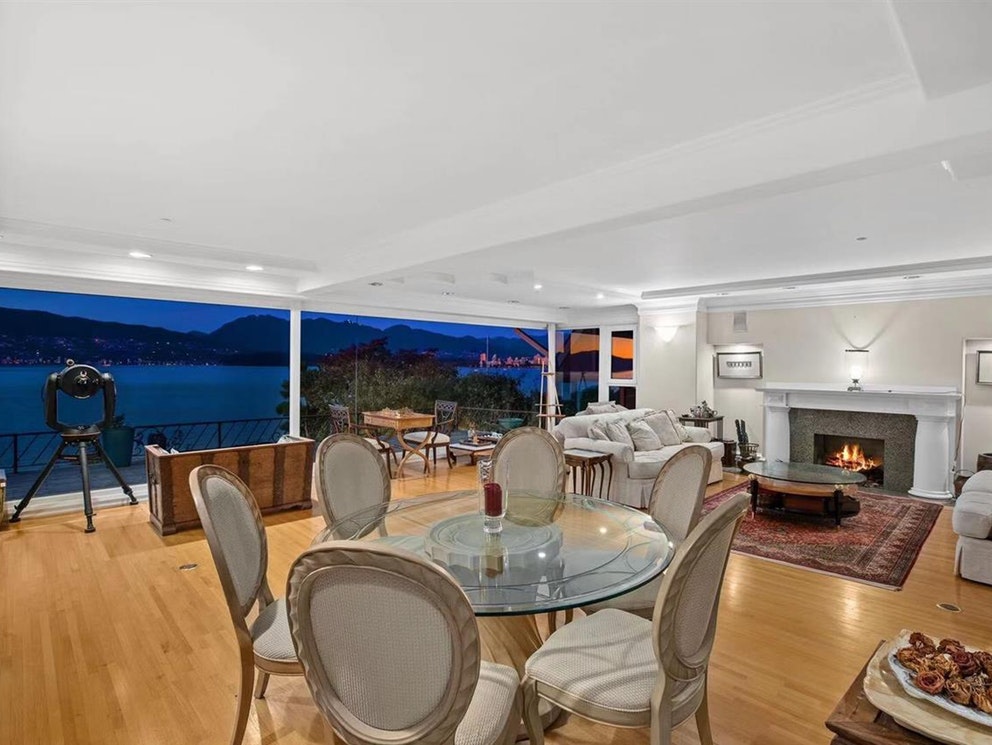 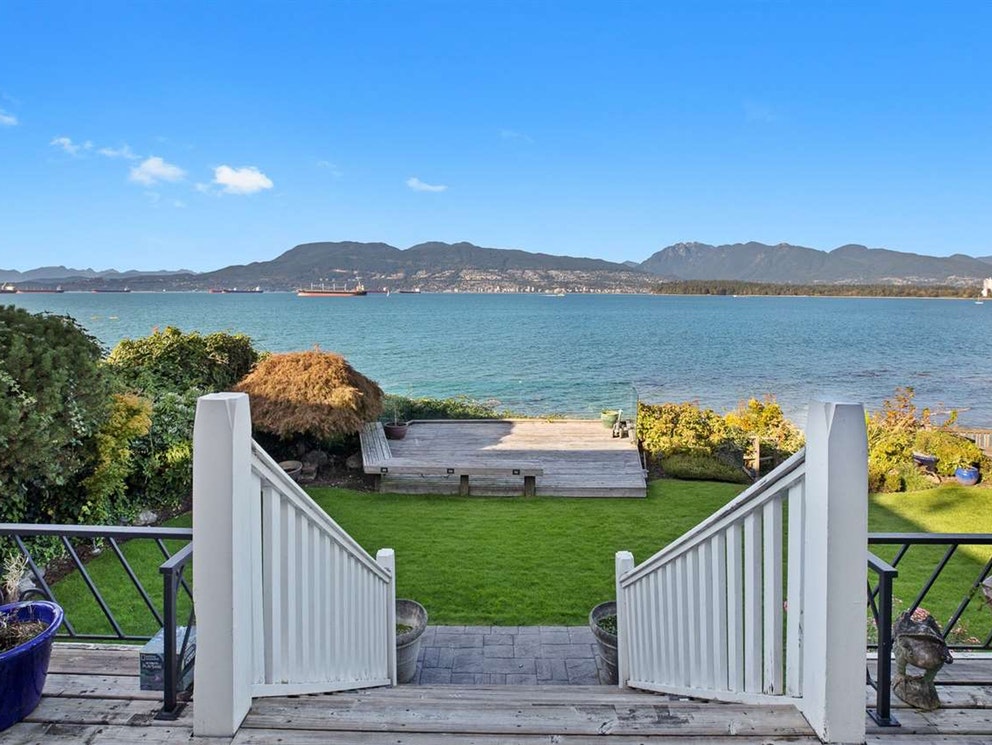 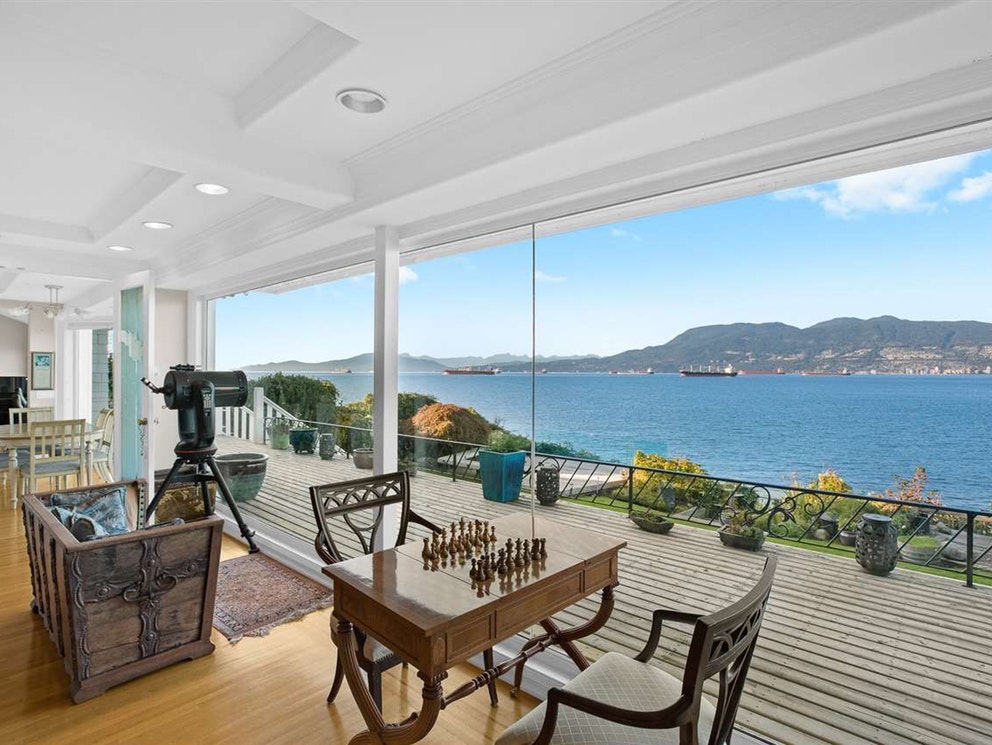 Harry, 35, and 38-year-old Meghan are set to snap up the property for a knockdown price after new tax rules on top-end homes sparked a 16 per cent drop in value in the area over two years.

Their near neighbours would include Canadian billionaire founder of the uber-trendy Lululemon Athletica yoga gear brand, Chip Wilson, whose mansion is worth £38 million.

Yoga and pilates fan Meg is known to be a fan of the Lululemon brand.

Kitsilano – full of rich and famous “movers and shakers” and particularly popular with trendy tech entrepreneurs – is seen as a perfect setting for her new life.

The mansion is far cry from sedate, Grade II listed Frogmore Cottage in the grounds of Home Park, Windsor.

The Queen is said to be “privately unhappy” at the money spent on Frogmore Cottage renovations following Prince Harry and Meghan’s announcement they are moving abroad.

The royal couple have lived there since their publicly-funded £23.7 million wedding.

Sources claim Her Majesty is furious at the amount spent, now that the couple intend to start a new life in Canada.

The couple will lose the £2million-a-year from the taxpayer-funded Sovereign Grant as they are stepping down from senior roles.

But they are set to bring in millions from lucrative commercial deals, which will be added to their already staggering £33million fortune.

This comes as they said how they wanted to become “financially independent”.

Despite breaking ties with the royals, it’s believed they will still be entitled to security, paid for by the taxpayer to the tune of around £600,000.

Prince Harry is believed to be worth around £30,500,000 and Meghan was an estimated £3.5million thanks to her acting career.

On their new website, they talk about their “new working model” and have hinted at setting up a charity.

The website said: “The Duke and Duchess of Sussex take great pride in their work and are committed to continuing their charitable endeavours as well as establishing new ones.

“In addition, they value the ability to earn a professional income, which in the current structure they are prohibited from doing.”For this reason they have made the choice to become members of the royal family with financial independence.”

“Their Royal Highnesses feel this new approach will enable them to continue to carry out their duties for Her Majesty the Queen, while having the future financial autonomy to work externally.

The duchess is reported to have never been happy at the luxurious home where she has spent only around six months since it was painstakingly refurbished to her taste.

And she expected never to return to it once her longed-for Megxit deal is finalised after The Sun revealed its staff were being axed.

Local Stephanie Carros, 72, told The Sun: “I’d be good with it! But I think people here are pretty low key about celebrities.”

“This street – particularly on this side, looking over the water – is the pièce de resistance of Vancouver.”

Another local, John, 79, said: “This street is very well to do. From this side, you can look right over the water – and it’s a quiet neighbourhood.”

“If Harry and Meghan were my next door neighbour, and having lots of parties with their friends, I wouldn’t be too pleased.

“The prospect interests but doesn’t excite me as I’m not an enthusiastic royalist.” 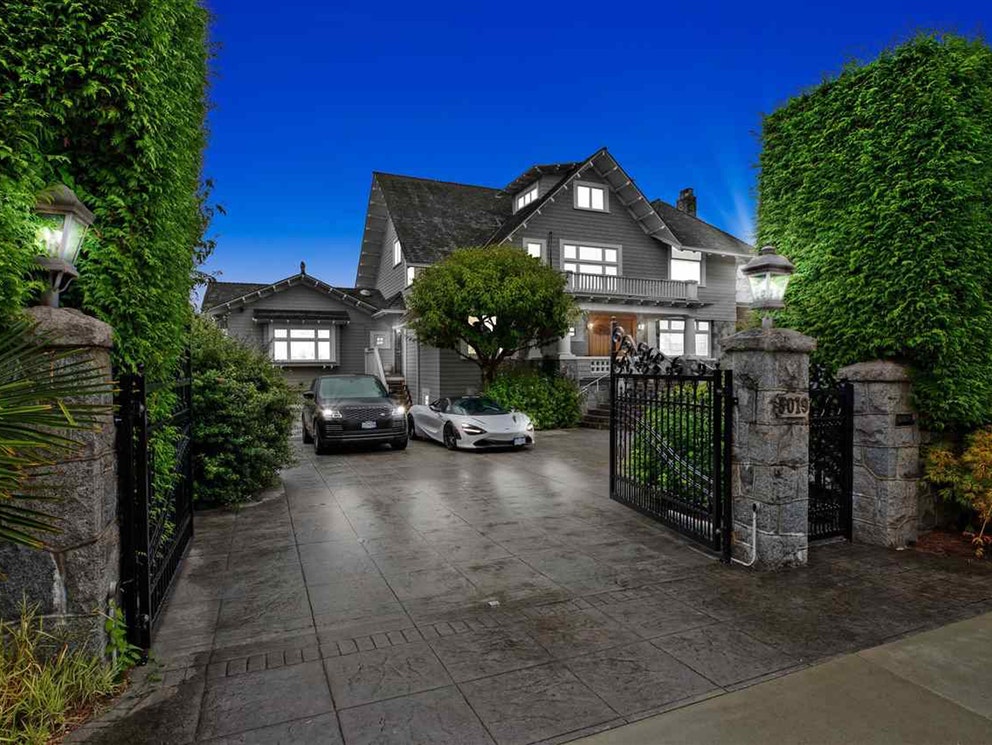