Rapper Slowthai jumped into the crowd to violently confront a heckler at the NME Awards, after he had appeared to have thrown a champagne glass in his direction.

The 25-year-old performer is renowned for his hot streak and he took exception to having his winner’s speech “ruined” by the audience member, who was calling out to him at the O2 Academy in Brixton.

During the altercation, Slowthai threw his microphone into the crowd, only for it to be returned with interest by those giving him verbals.

He was then restrained by bouncers as he launched himself into the crowd where he appears to want to take up the offer of a fight from his tormentor.

The confrontation happened after Slowthai appeared to have an awkward encounter with the award ceremony’s host, comedian Katherine Ryan, as he was presented with the Hero’s Award.

In footage shared on social media, Slowthai is seen looking at Ryan before telling the audience: “She wants me to tend to her flowers.”

This followed the rapper getting up close and personal with Katherine, in which he urged her to “smell my cologne,” and asks her “smells good don’t it.”

He later refers to her as “baby girl” and shushes her as she tries to intervene.

After he offered to give Katherine a ‘good time’, she replies sarcastically: “You are like the hottest guy I’ve ever seen.”

Despite being mocked, Slowthai took this as a come-on and replies: “Exactly so stop playing with me.

A couple of air punches were thrown before the tormentor is led away by security while others try and hold back the rapper from continuing his desire for a scrap.

Katherine later tweeted about the incident and shrugged it off the attentions of the rapper.

After a Twitter user wrote that she had defused the situation with sarcasm to hide her discomfort, Katherine shared the tweet and added: “He didn’t make me uncomfortable. This is why we need women in positions of power. 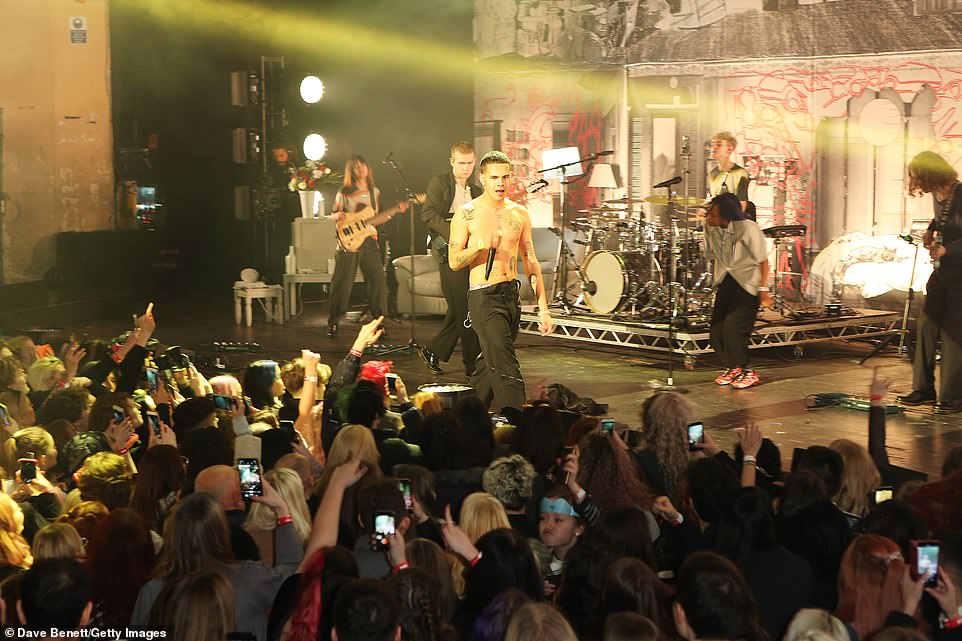 “I knew he had lost from the moment he opened his mouth like any heckler coming up against a COMIC – not a woman – a COMIC.