Science may have found the secret to a better, and more sustainable, espresso coffee shot - Too Interesting
Skip to content 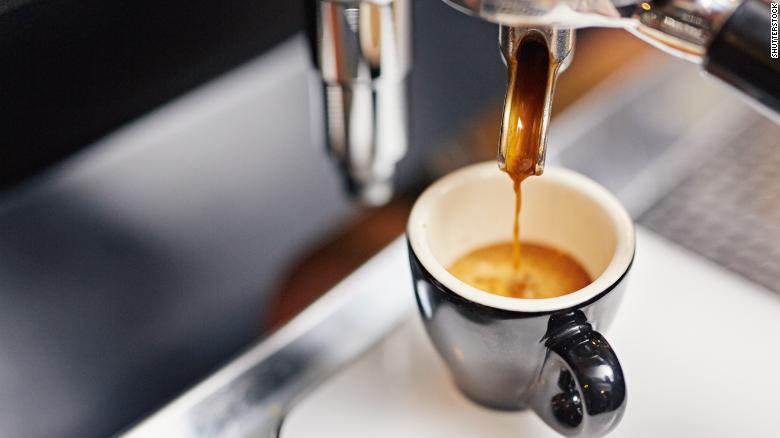 Espresso is one of the most popular ways to drink coffee, but it’s also the most complicated to make.

The process depends on a delicate combination of factors — including grind setting, coffee amount, water pressure, temperature and beverage volume — and it’s hard to consistently pull the perfect shot.
Now, a group of researchers say they’ve found the key to an espresso that’s cheaper, consistently tasty and better for the planet, too. The secret, according to the study published Wednesday in the journal Matter, is to go against traditional espresso wisdom and use fewer coffee beans that are ground more coarsely.
“American companies are catching on to this idea that being able to produce a shot quickly is a positive thing, and being able to produce it reproducibly, of course, is the basis of American consumerisms,” said Christopher Hendon, co-senior author of the report and computational chemist at the University of Oregon.

Challenging the norms of espresso

Though a lot of factors are involved, the norm for brewing an espresso is to grind a large amount of coffee beans — around 20 grams or 0.7 ounces — as finely as possible.
The fine grind would mean more surface area is exposed to hot water during brewing, which should boost the extraction yield. This is the fraction of the ground coffee that actually dissolves and ends up in
the final drink, depending on how water flows under pressure through a mass of coffee grounds. 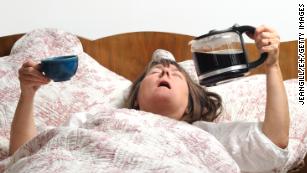 The Specialty Coffee Association advises that coffee most frequently tastes best when the extraction yield is between 17% to 23%. Coffee beverages exceeding this range typically taste bitter, while those below it are often sour.
But when researchers tested these recommendations, they found the relationship between them was more complicated: grinding as finely as the industry standard   clogged the coffee bed, resulting in a reduced extraction  yield, wasted coffee grounds and inconsistent flavors.

To develop a recipe for consistent extraction yield based on the factors under a barista’s control — the amount ofwater and coffee, size of the grounds, and water pressure — the researchers created a mathematical model that helped them narrow it down to two elements: the size of the grind and the amount of coffee used.
“One way to optimize extraction and achieve reproducibility is to grind coarser and use a little less water, while another is to simply reduce the mass of coffee,” Hendon said. 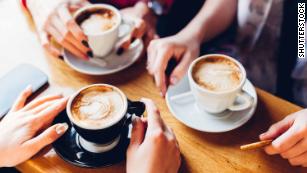 Reducing the amount of coffee increases the extraction yield, since the extra room in the coffee bed allows for the water to brew more of the coffee. This means a barista can use 15 grams of coarsely ground coffee and still achieve consistent espresso with the same punch as the standard 20-gram espresso shot. This modification can result in very fast shots of less than 15 seconds, a higher espresso concentration and a different flavor profile.
Faster shot times happen when brewing coarser grounds because there is more space in the coffee bed for the water to move through.
It’s important to note that extraction yield doesn’t tell all the qualities of the coffee. For example, coarser grounds can produce a more consistent 23% extraction yield of one flavor, while the finer grounds produce a variation of extractions of different flavors that can average 23%. 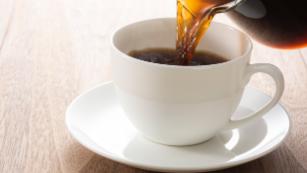 “We’re not trying to say that all 23 percents taste good,” Hendon said. “What we’re really trying to say is you need to choose what you think tastes good, and here’s a roadmap to sort of navigate back to making that percentage reproducible.”
Zachary Gordon-Kane, operations manager of coffee shop and motorcycle lifestyle goods brand Brother Moto coffeeshop in Atlanta, said testing the methods sounds good in practice, but it doesn’t take into accountperceived body of espresso, or how it will feel in your mouth.
“A lot of people enjoy that espresso can be like a thicker, more viscous experience, with more punch and flavor. When you think about things solely by extraction yield, you can lose a lot of experiences,” he said.

Using the methods for espresso production discovered by the authors could also lead to economic benefits for coffee shops and to sustainability benefits for the coffee industry as a whole.
Their model was tested at a local coffeeshop in Oregon using an espresso machine that allowed for control of shot time, water pressure and temperature. By reducing the mass of coffee used by 25%, the cafe was able to save 13 cents per drink, amounting to $3,620 per year.
In addition to the savings, the shot times were reduced to 14 seconds, significantly reducing the order-to-delivery time. 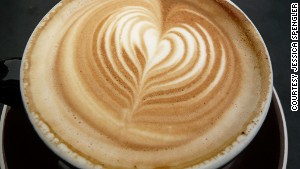 And, being more efficient with coffee bean usage would also reduce waste at a time when coffee supply is under threat from changing climate in historic production areas, the report says.
However, another caveat to the authors’ recommendations is that extraction isn’t exactly indicative of quality.
While coarser grounds and a shorter shot time produce a consistent result that’s just as strong, the traditional method does provide a more complex flavor imparted by partially clogged flow. This is caused by some portions of the grounds undergoing less or more extraction, which can bring out different flavors.
“The upside is that it can taste excellent and complex,” Hendon said. “But the downside is that there’s natural variation just because of the physics. It’s not the barista’s fault.”
They suggest baristas could blend shots of the same extraction yield to determine which tastes best to them, but this is likely impractical in a busy cafe setting. But if experimenting with espresso is your jam, it’s worth a shot.
source:edition.cnn.com